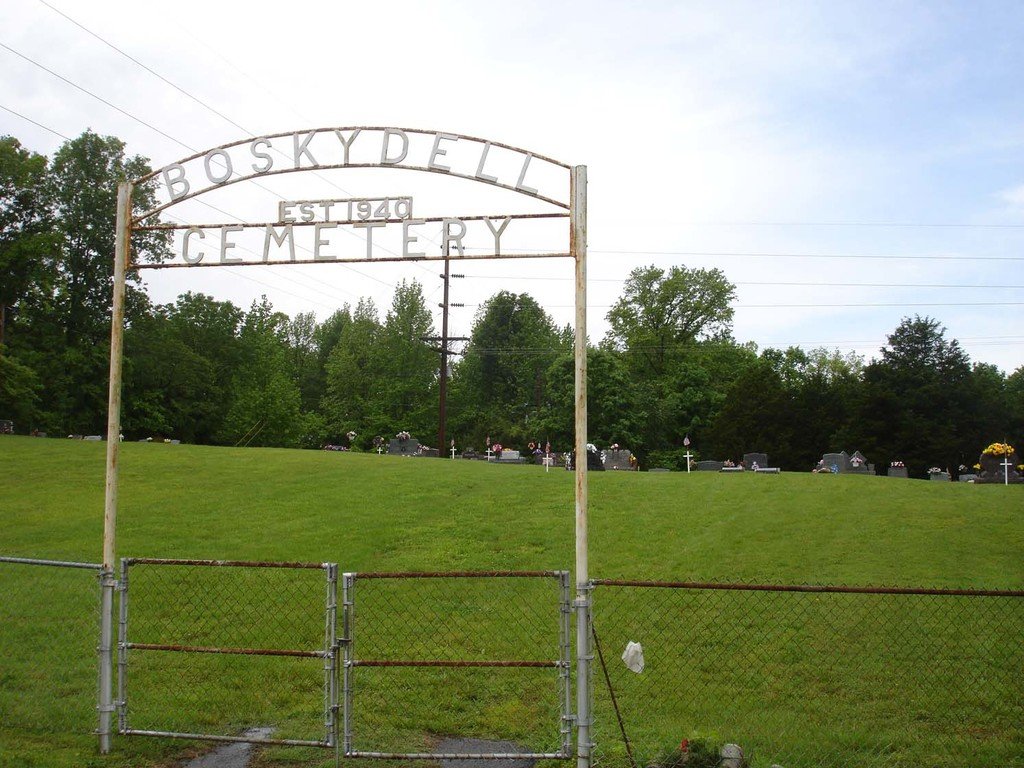 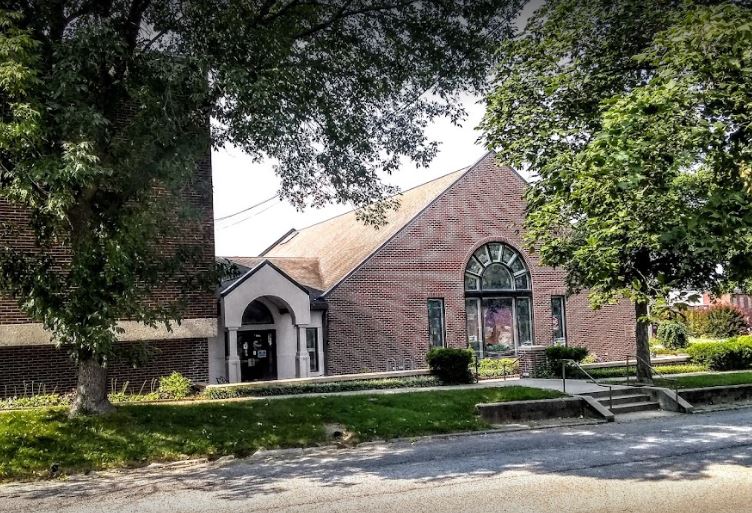 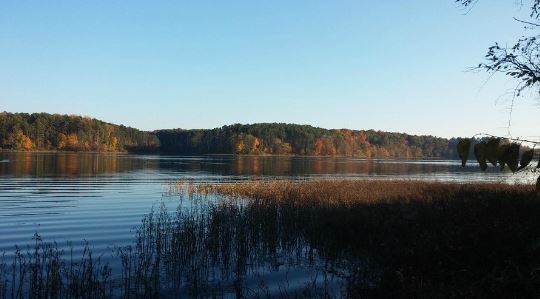 788 Hidden Bay Lane | Carbondale IL 62901  Jackson County  618-457-6655  Little Grassy Lake is a 1,200-acre (4.8 km²) reservoir in southern Illinois, created by the damming of Little Grassy Creek, a tributary of Crab Orchard Lake and the Big Muddy River. Most of the lake is located in Williamson County, southeast of Carbondale, Illinois. The […] 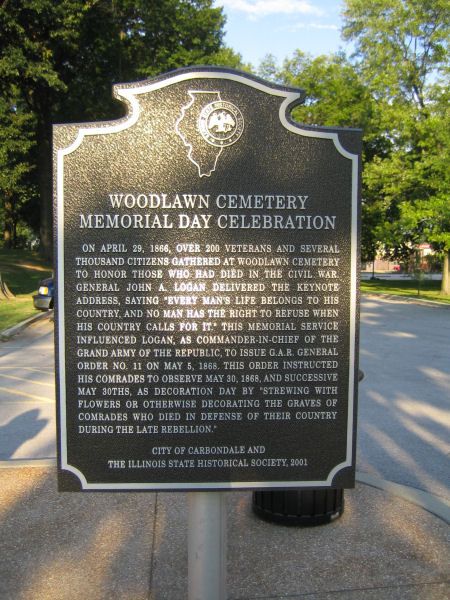 The marker is in Carbondale on the southwest corner of Woodlawn Cemetery, which is on the south side of Main Street (IL 13), two blocks east of the railroad tracks.  Jackson County On April 29, 1866, over 200 veterans and several thousand citizens gathered at Woodlawn Cemetery to honor those who had died in the […] 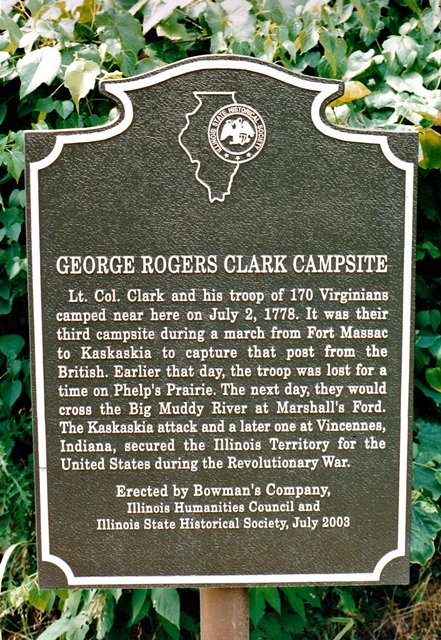 The marker is located on the west side of the Carbondale Airport Road, one-half mile north of IL 13 in Jackson County, IL.    Lt. Col. Clark and his troop of 170 Virginians camped near here on July 2, 1778. It was their third campsite during a march from Fort Massac to Kaskaskia to capture […] 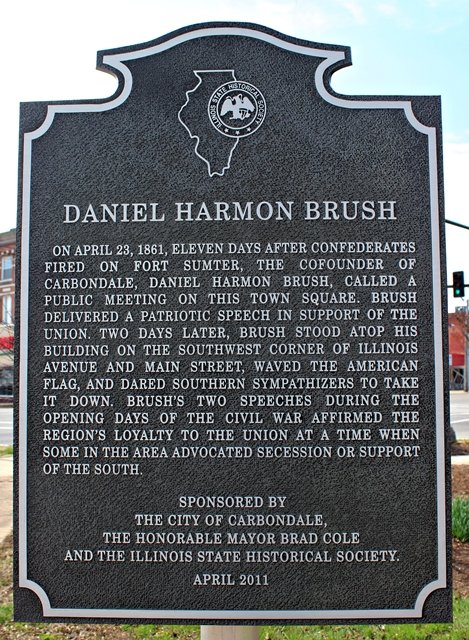 The marker is located at the intersection of Main Street and Illinois Avenue (Rte. 51), Carbondale, IL.    On April 23, 1861, eleven days after Confederates fired on Fort Sumter, the cofounder of Carbondale, Daniel Harmon Brush, called a public meeting on this town square. Brush delivered a patriotic speech in support of the Union. […] 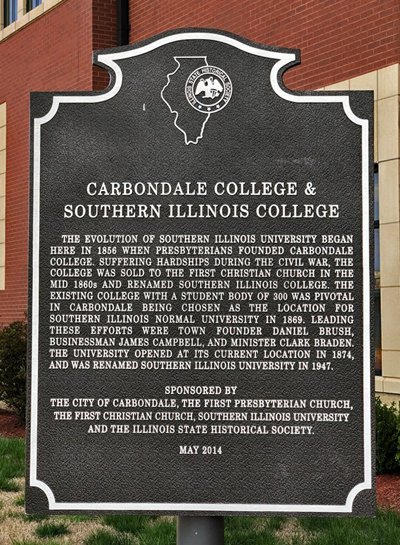 The marker is located at the Public Safety Center, 501 South Washington Street, Carbondale, IL.   The evolution of Southern Illinois University began here in 1856 when Presbyterians founded Carbondale College. Suffering hardships during the Civil War, the College was sold to the First Christian Church in the mid-1860s and renamed Southern Illinois College. The existing […] 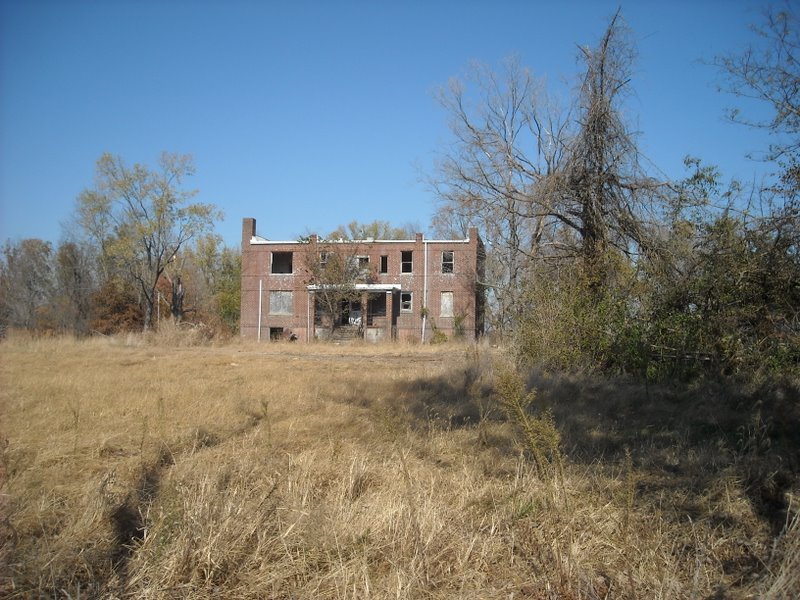 This cemetery was located on Autumn Point Road, Carbondale, IL.  The former county poor farm was later used as a nursing home and is now owned by Southern Illinois University. Burials are said to be in a grove behind the building. The building has since been torn down and completely removed. No markers of any […] 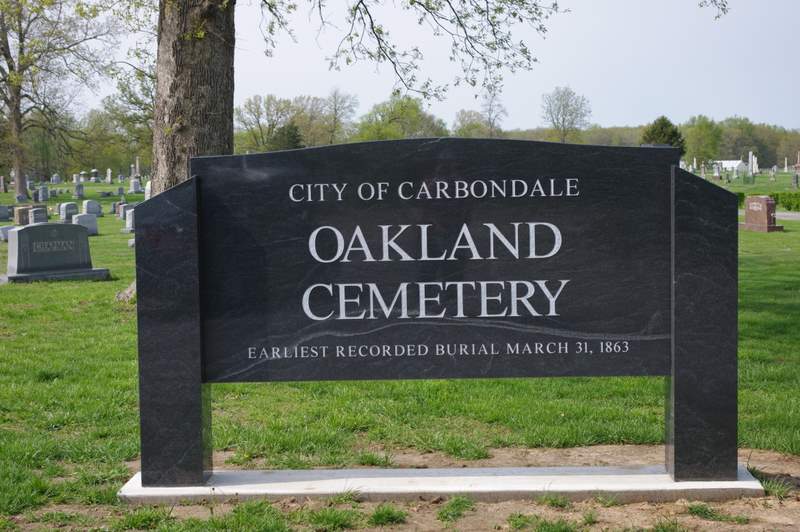 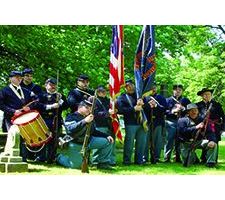